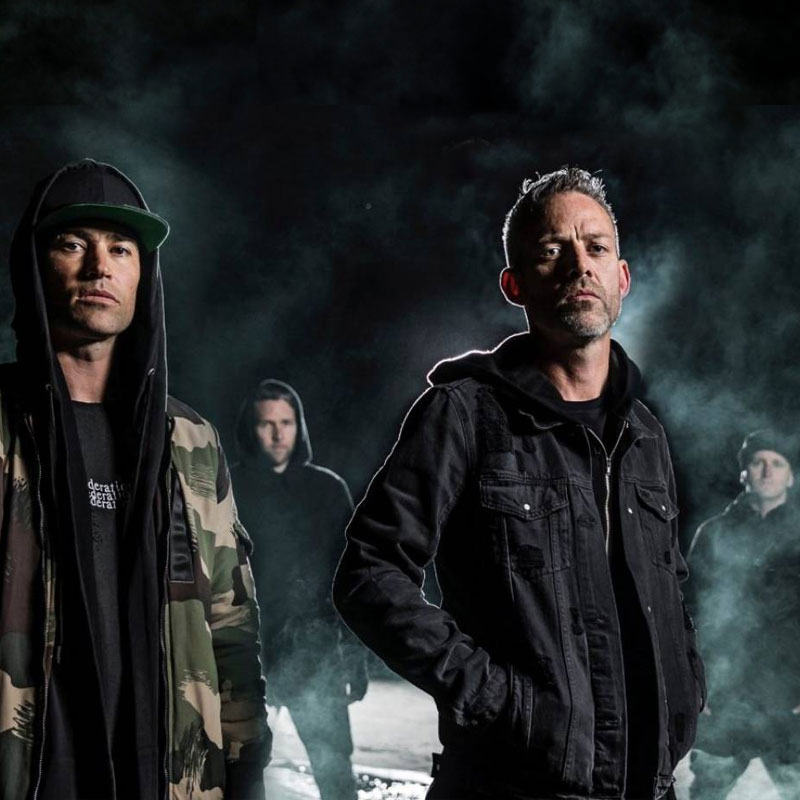 Beloved New Zealand rock band, Blindspott, have announced new music is on the way for the first time in 15 years as well as a nationwide tour.

Blindspott have also announced there is an album on the way. The four-part album will be released in volumes each with three songs due out early 2022.

“It was quite nerve-racking getting back in a room together after so many years, but the music just fell out and we've felt like we've picked up where we left off,” Says Shelton Woolright, Blindspott.

“We've added a new edge from our life experiences and playing with other musicians and we all agree this is some of our strongest music, if you like ‘R.I.P’ you're in for a treat with what's to come.”

“We absolutely can't wait to get back out on the road,” says Woolright.

“We haven't had the luxury to play new music for such a long time! As much as we love our old songs and how our fans connect to them, it's going to be refreshing to play new music and build new memories with our fans!”

Formed in 1997, Blindspott are one of New Zealand’s most successful rock/metal bands. Their first single in 2001,‘Nil By Mouth’ went straight to major airplay and TV across New Zealand followed by ‘Phlex’ which reached #2 in the charts,

The band’s debut self-titled album, BLINDSPOTT, went straight to #1 when it was released in 2002 and went multi-platinum in New Zealand and was released in Australia, South East Asia and Japan. Their second album also debuted at #1 making Blindspott the only New Zealand band to ever have two consecutive albums debut at #1.

The band have toured Australia, Indonesia, Malaysia and Japan with some of the world’s top rock acts such as Metallica, Deftones, Linkin Park, Alexis On Fire and Avenged Sevenfold just to name a few.

After disbanding in 2007, the band took an 11-year hiatus and reformed for a one-off show in October 2018 as part of the Rock 1500 Countdown then embarked on a reunion tour from December 2018 to January 2019. They officially reformed in 2020, performing their iconic self-titled first album BLINDSPOTT from start to finish. The majority of these shows were postponed due to the COVID-19 pandemic but the hugely successful sell-out arena tour proceeded in October and November 2020.

In June 2020, the band re-released their iconic self-titled first album BLINDSPOTT on vinyl which went straight into the charts at #1 - making them the first band in New Zealand music history to have an album debut at #1 twice. Following the success of 2020, Blindspott announced they would be hitting the studio for the first time in over 15 years to write and record new material.

Don’t miss out on rejoicing in the return of one of New Zealand’s favourite bands. Blindspott is back!